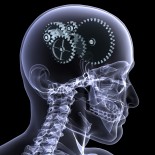 The Problem with Pseudoscience: a word on Sensa and the like

Back in grad school I was a TA for an Intro to Psychology course for a pretty awesome professor.  He really stressed that he wanted the students to learn how to critically think about the information they were and would be confronted with every day.  This was not easy feat given that this was at a large Midwestern mostly engineering school and the students weren’t terribly interested in psychology.  To them it was just a course they were required to take and they thought of it as an easy A on the road to their engineering degree.  Most of them struggled with the course, surprised by how much work might go into to an Intro to Psych course. But I digress… this professor made a point to show them a news report on pseudoscience, challenging “scientific” news we’d all heard of, but turned out to be untrue.  Unfortunately, I can’t remember the name of program and so I can’t find a clip.  But later in my grad career, when I was teaching Research Methods, I made a point to show this news piece to my students and stressed the importance of critical thinking.  And nowadays I think it’s even more important that this is taught, as now with all of the (mis)information we are fed everyday, critical thinking is crucial.

As so stated by Christina Valhouli of Columbia University: “The human propensity to accept ideas at face value–no matter how illogical–is the fertile soil in which pseudoscience grows.”

Why do people accept pseudoscience?

Since the dawn of man, we humans have tried to explain the world around us. And when we don’t know, we make and accept suggestions about how our world works: the world is flat; the body consists of four humours, astrology, etc. and so on. We are uncomfortable in a world that is unexplained and will accept almost any rationalization of our surroundings just to feel more secure. And, we are a society that is frighteningly science illiterate.

Danger comes in when pseudoscience meets consumer. And by danger I not only mean for the health and well being of the consumers, but I also mean for science itself.

When pseudoscience is used to “treat” real diseases, this presents a health risk to consumers. When a company puts out a new herbal remedy for diabetes, they are putting diabetic patients at real risk.  Of course the consumer wants a “natural” remedy, one that won’t include injections.  And when they say something about clinical studies proving a cure, the patient is a real risk.

But they aren’t the only victim. Science is also the victim. When a new pseudoscience supported product comes out and people use it and are disappointed in it’s results, they trust science just a little less.

In recent news, the makers of Sensa settled a lawsuit for $900,000 in California for false claims. What were these claims?

As as Dr. Oz said: eat whatever you want and lose weight… stimulating the brain so you eat less…

So if you shake this magic sparkly dust on your hamburger or ice cream, you will lose weight.  Sound too good to be true? That’s probably because it is.

But… but… clinically proven! According to the settlement:

Sensa Products, which is based in El Segundo, and its parent company, Intelligent Beauty Inc. of Delaware, are now banned from making any claims regarding the efficacy or effects of any of its products without having “competent and reliable scientific evidence that substantiates those claims,” O’Malley said.

Dr. Hirsch, creator of Sensa, says that his “tastants” affect taste and smell, effecting weight loss. The premise, he says, is that as a neurologist, he saw that people who lost their sense of taste and smell tended to lose weight. And so he thought that this presented a great opportunity and target to help people lose weight.

Okay, that makes some sense… people who lose their sense of taste and/or smell do lose weight.  They stop eating so much, mainly because it is no longer enjoyable to eat many foods.  In fact, anosmia (the inability to smell) is a real problem, leading to depression, malnutrition and danger… as our sense of smell is one of our first indicators of danger or bad food.

But Dr. Hirsch is saying that his magic powder increases the smell and taste of foods which makes you feel you’ve had more, that you will be full faster.

In fact, he was even on Dr. Oz to explain this:

In the first video, Hirsch explains how his magic powder bypasses the signals from the stomach to use the nose/tongue to send satiety signals.

In the second video he has scientists critique the work, lose 30lbs in 6 months… they say how it isn’t a real study and overstates claims and question the ingredients.

So what is in Sensa?

tricalcium phosphate- a calcium salt of phosphoric acid often used in porcelain and powders, but also nutritionally as an anti-caking ingredient and possible calcium supplement, it can have many adverse side effects

natural and artificial flavors – what are these? these are basically the companies way of avoiding listing what they put in and could anything from petrochemicals to MSG to colors

soy & milk – listed as inactive, but vegans should make note of it and it may depend on the form since soy phytoestrogens can have physiological effects that are controversial

According to the Dr. Oz video… Hirsch explains the ingredients as really based on chosen flavors that have effects on behavior. So perhaps more psychology driven, behaviorally driven effects. So yes, the next 3rd video from Dr. Oz, shows the people it worked for.  And that makes sense.  Because much of the research out there suggests that behavioral intervention is the best way to effect real change. But they all do say that they were motivated to change their diets and exercise habits. But was it Sensa? Probably not.  The show also showcases people that it didn’t work for.

In the 4th video, Hirsch explains that you must use it with every food you eat. Why might that be?  Well if you look at Hirsch’s other products like the Aroma Patch the premise is not a magic pill.  It’s playing on your behavior.  It’s cognitive behavioral therapy. It’s making you aware of the food you are about to eat.  Just as the aroma patch acts as a reminder for whatever it is you need reminding of.

Earlier this year I met Hirsch and his students (including his teenage son that carries out the research) at ACHEMs.  And I have to say, first of all, that I couldn’t believe he was even there. To me, it gave the whole meeting a bad name.  But there he was with 4 or 5 posters that he can now claim were peer reviewed at an international scientific meeting.  The research resembled something more like you’d see at a high school science fair and most of the meeting attendees ignored the posters. And as described in the article regarding Hirsch & Dr. Oz from earilier:

The company’s weight loss evidence is based on a few company-sponsored “clinical” studies (not to be confused with a clinical trial, which is the gold standard for research) done by Hirsch. These studies have not been published in a peer-reviewed medical journal.

The lack of published scientific evidence on Sensa, along with a lack of diet and fitness guidelines to accompany the product, raise a red flag for some nutrition experts.

In fact, a recent study from Temple University demonstrated that having reminders like from social media to support your everyday decisions helped students lose more weight than dieting alone.  Receiving text and facebook messages throughout the day had a greater effect. And that’s real science.

And now the lawsuits are beginning. Which I’m happy to see.  But unfortunately this will bring a bad taste (so punny!) to the real research being done out there both academically and in industry to make real products to help the very real disease of obesity. The way it is now, when a real company wants to do such research, it’s nearly impossible due to trying to directly follow FDA regulations. And of course, that’s a good thing.  But why wasn’t Sensa so scrutinized?  Why is it that a real company would have to file for an IND with the FDA and he didn’t?

And what will happen when a real scientist wants to do a real study on the effects of taste and smell on satiety? Will that grad student be able to get NIH funding? As more lawsuits are bound to come out, I can’t help but feel angry and disappointed.

5 comments on “The Problem with Pseudoscience: a word on Sensa and the like”